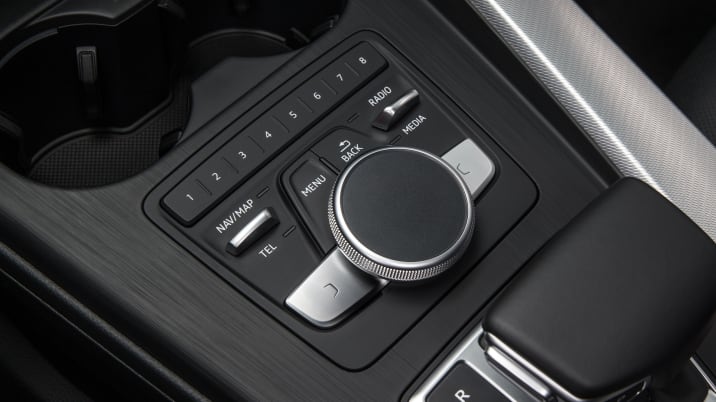 If you have a bad fuel pump, you don’t need us to tell you. If a car has a bad fuel pump, it will normally exhibit a loss of power, or it may not start whatsoever. If the car is turning over, but doesn’t actually catch, this is called a “No-Start Condition”. There are various steps you can take after you’ve determined that you indeed do have a no-start condition. It could be as simple having a faulty fuse, or as complex as having a total fuel pump failure.

Check out the great video below by Eric the Car Guy!

I think one important issue that isn’t included in the video is the presence of sediment. Sediment can and will collect at the bottom of your fuel cell. A great way to avoid sediment deposits is actually quite easy. Keep your tank at least a quarter of the way full at all times. This small attention to detail might just save the life of that fuel pump.

If you’ve run through your diagnostic checks and you think you may have a fuel pump problem, call Freeman Grapevine before your issue gets worse. A broken fuel pump will certainly leave you stranded roadside, or worse..in the middle of the road.

Now keep in mind, not all Buicks and GMCs have cabin air filters. However, many do and if your Buick or GMC has a cabin filter, it should be changed once a year.

So, where is the cabin air filter? If your Buick or GMC has one, it will be behind the glove box. Consult your vehicle’s handbook for it’s location.  If you’ve lost or misplaced it, call your Freeman Grapevine.

Rather not deal with it? No problem, we will take car of it for you. Just give service a call and book an appointment. Having purified cabin air is really going to improve your comfort level by filtering out unwanted spores, dirt, dust and fumes.

Here’s something I was just thinking about and wanted to share. How and why do gas prices rise and fall. Freeman Grapevine supplies companies with fleet vehicles, we sell work trucks and larger, family sized SUVS. For each one of those entities, the cost of fuel directly affects them the most because of their size and engine requirements. Make no mistake though, the fuel economy of larger GM Vehicles is up there, if not better than, our closest competitors.

So, why are gas prices going back up? They we’re at their highest in 2008 when the price per gallon was over $4 here in Grapevine Texas. In California and parts of Colorado (and other places, I’m sure) it was over $5. It a combination of things I think. Additional tension in the Middle East with Iran can cut it’s oil supplies to the US and other European countries. Also, there is further economical tension overseas, in Greece needs a bailout and Europe has a debt crisis that adds to the uncertainty.

So, what can we do to facilitate another drop in gas prices? Two things can happen, but only one we can do ourselves. The oil industry increases supply and demand by further exploration. I’ve heard that has already been proposed in regards to Arctic regions. Of course, we have the ongoing battle of tapping reserves in Alaska and further exploring the Gulf of Mexico.

We can drive less.

Now don’t get me wrong, I’m not saying don’t the that GMC Yukon Denali, by all means, get it, it’s a beautiful vehicle. What I’m saying is plan a little more to use your vehicle a little less.

When gas prices were at their peak, it was limiting the use of our vehicles that drove the prices down. Why? Obviously, supply was exceeding demand and it started a price war. It’s a very simple concept. Make the gas companies fight for your vehicle’s fuel supply. There’s no need for anything drastic that you aren’t already doing…except drive less. Make a home cooked meal instead of going to a restaurant. Carpool. Stream a movie instead of going to a theater. Oh, and I’m sure Fido would love to go on a walk, or two.

So, with us driving just a bit less, maybe we can initiate another gas war and help drive gas prices down. Remember, I’m a Grapevine, Tx car dealer, selling cars and trucks is my livelihood. However, I also want my customers to be informed so everyone can have the vehicles they really want.